To my surprise and delight, friend and fellow blogger Rachel of The Girl with the White Parasol blog fame has kindly included me among the seven recipients of the 7x7 LinkAwards! Thanks, Rachel! Gee, I hope I’m doing this right!

The rules of this award are as follows:
Tell everyone something that no one else knows about:
Well, I don’t know how many of you and/or my fellow bloggers are aware that I was diagnosed as autistic in 1966 when I was three years old, according to the folks at both The Cornerstone School and the Kennedy Child Study Center. How’s that for a conversation starter?  Seriously, at that time, I really was displaying the classic symptoms of autism as they knew it back then. It’s a long story, but if you’re interested, you’re welcome to check out Dr. Gilbert Kliman’s nonfiction book Reflective Network Therapy in the Preschool Classroom (available on Amazon.com). Anyway, as you can see, I got better! :-)


Now to link to one of my posts that I personally think best fits the following categories, as per Rachel’s instructions:

Most Beautiful Piece:
Even though Marilyn Monroe’s femme fatale in my January Niagara post was a beautiful rose with poisonous thorns, I’m putting her in the Beautiful Piece category for “NIAGARA: Falling for the Wrong Girl Can Be Murder” because of her brilliant performance as one of the ultimate Bad Girls of movie history, and because, let’s face it, she’s stunningly beautiful! 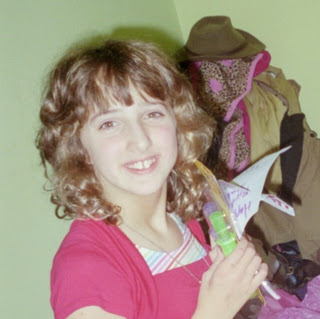 Most Helpful Piece:
That would be another Team Bartilucci joint, this one from November 1, 2010, as part of the Blogging for Autism day: “Siobhan Maggie Bartilucci in One Million Words or Less.” Our daughter Siobhan is not only the apple of our collective eye, she’s also an apple that didn’t fall far from the tree. Like me, Siobhan (her nickname is Shugie, as you folks might have seen in the Ball of Fire/Oscar blog post) was diagnosed with both ADHD and what eventually came to be known as Asperger’s Syndrome. Happily and luckily, we were blessed in that both of us were deemed to be quite high-functioning, and both of us were able to thrive in mainstream schools. Our family is notorious for our irreverent sense of humor as well as our personal triumph, so if you haven’t already read this post, we hope you’ll find it as entertaining and triumphant as Siobhan is (what can I say, we’re proud of our kid!).
http://doriantb.blogspot.com/2010/11/siobhan-maggie-bartilucci-in-one.html

Most Popular Piece:
Like many of you, I seem to get the most enthusiastic responses from various Blogathons, and the recent CMBA Comedy Classics Blogathon resulted in my—or more accurately, our—most popular post to date, when my dear hubby Vinnie Bartilucci (The Forty-Year-Old Fanboy and Is That Really Desirable?) did one of our Team Bartilucci team-ups to write about Ball of Fire and Oscar as part of a Wedding Day Wackiness double-feature.  Vin is as much fun to write with as he is to live with (not to put the whammy on it! :-)), and this latest team-up was great fun for both of us!
http://doriantb.blogspot.com/2012/01/wedding-bell-wackiness-double-feature.html

By all means, feel free to follow Vinnie’s witty, cheeky blogs, too:

Is That Really Desirable?
http://itrd.blogspot.com/

Most Controversial Piece:
That would be my short story The Big Sleepybye. Actually, this piece wasn’t as controversial as I feared, but that may simply be the result of my still being quite new to blogging and therefore having very few readers at the time. :-)  The Big Sleepybye is one of my comedic short stories, about a writer with a young child and new baby, and what happens when she tries to focus on a hard-boiled detective story she’s trying to write in the midst of all this Mommy-ing. This appeared in the literary magazine Alternative Motifs in 2006, and I ran it at TotED in September 23, 2010. The “controversial” part is that the story contains comical violence and spurting bodily fluids—no, it’s not blood, but what it is kinda freaked out male readers. I think the gals reading this can take it, though. especially any gal who's given birth. Give it a try and see what you think!

Most Surprisingly Successful Piece: I was pleasantly surprised at the positive things everyone had to say about my May 2011 post “Dorian’s Mother’s Day Smorgasbord: a Four-Course Meal of Fiction, Food,and Fond Memories.” It was a happy hodgepodge of our favorite family photos and anecdotes, with four sections, or “courses,” ranging from stories my late mom and I had always enjoyed, Hollywood haikus, one of our favorite family anecdotes about my mom meeting Marlene Dietrich, and our family recipe for sweet potato waffles! I think it went over well because, hey, everyone has a family, and we all have family stories to pass on to future generations!
http://doriantb.blogspot.com/2011/05/dorians-mothers-day-smorgasbord-four.html

Most Underrated Piece:
My first TotED piece (aside from my introductory blog post giving y’all my life story) from August 23rd, 2010, “’If I Let You Change Me, Will That Do It?’ New Spins on Alfred Hitchcock’s Vertigo.”It was a playful, tongue-in-cheek rumination about what Scottie Ferguson and Madeleine Elster  (SPOILERS if by some twist of fate you aren’t familiar with Alfred Hitchcock’s Vertigo — but surely nobody here missed the superb A Month of Vertigo with ace blogger The Lady Eve and pals earlier this year?) would do if Scottie and Madeleine-in-Judy-mode decided to try to make a life together. 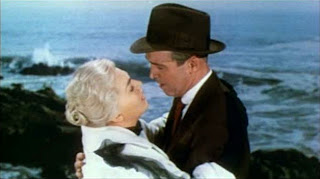 In September 2010, I first learned of filmmaker Daniel Raim from his Oscar-nominated short documentary The Man on Lincoln’s Nose (2000).  In it, Raim really poured his heart into the titular 40-minute documentary, and I (and other film fans) found it as is as fond and upbeat as it was riveting. It focused on the gentlemen who worked on the classic films of Alfred Hitchcock and so many more, including veteran storyboard artist Harold Michelson, veteran production designer Robert F. Boyle and Al Nozaki, all great friends who’d worked together on these landmark films. This 40-minute documentary is as fond and upbeat as it is riveting. But Raim didn’t stop there: Boyle, Henry Bumstead, and art director Al Nozaki and his comrades shared their stories in Raim’s subsequent 2010 feature-length documentary Something's Gonna Live (2010), combining the men’s insights during their twilight years. I was among the bloggers and other movie fans who helped to spread the word about Something’s Gonna Live, following it through its word-of-mouth triumphs, including a premiere at L.A.’s Laemmle Hall. It was time well-spent, for us and for anyone who loves classic films!

I had a heck of a time narrowing all the bloggers down to only seven, but here are the ones that leapt readily to mind:

Shadows and Satin (from the folks who brought us The Dark Pages!)
http://shadowsandsatin.wordpress.com/

…in so many words
http://yvettecandraw.blogspot.com/

My Love of Old Hollywood
http://myloveofoldhollywood.blogspot.com/

Thanks again, Rachel and friends; you guys are the awesome!