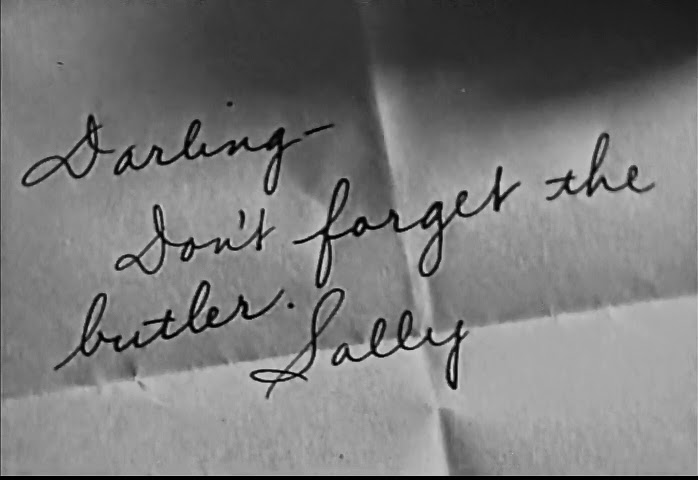 The First Romantic Comedy Blogathon is hosted by Backlots and Carole & Co. from May 1st through May 4th, 2014.  Thanks for letting us play in your
garden! 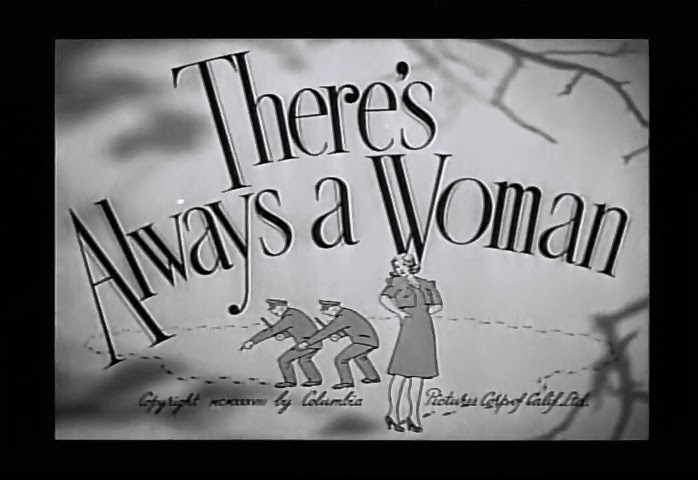 I’ve always enjoyed screwball comedies that blend romance and comedy, and the zanier, the better, especially when there’s mystery in the mix!  Case in point:  Columbia Pictures’comedy-mystery There’s Always A Woman (1938).  All the filmmakers had to say to make me love this movie were three names
Based on a story from American Magazine and directed by Alexander Hall (My Sister Eileen; The Great Lover) and produced by William Perlberg (Miracle on 34th Street; The Song of Bernadette), There’s Always a Woman  is kind of like the wiseacre kid brother who’s really swell beneath it all. The cast includes Frances Drake of Mad Love; Thurston Hall (The Secret Life of Walter Mitty and Lady on a Train).

New York City private detective Bill Reardon (Douglas) went into business for himself, but  perhaps more successful detectives like The Thin Man's Nick Charles spoiled the broth in the Big Apple for Bill’s agency, no doubt snapping up the pricey clients that were just out of Bill’s reach.  Luckily, Bill’s former boss, the D.A. himself (Hall) is glad to have Bill back.  But Sally (Blondell), Bill’s wife and assistant, thinks she could cook up a clientele, being as loving as she is sassy and determined; what a gal!  Before Sally can start closing up shop for good, in comes Lola Fraser (Astor), a rich society matron who wants to find out if Lola’s husband is stepping out with lovely young Anne Calhoun (Frances Drake from Mad Love; It’s A Wonderful World).  Sally puts The Reardon Detective Agency under new management!  Then Lola’s hubby get bumped off, and suspects galore pop up, like shifty nightclub owner/gambler Nick Shane (Jerome Cowan from The Maltese Falcon; Miracle on 34th Street; quite a few familiar faces here!).

TCM’s  Lorraine LoBianco reports There’s Always a Woman set was a family affair, with ex-sister-in-law Connie, who’d just divorced Blondell’s brother, and then her sister Gloria  Blondell a contract!  No wonder Joan was happy to be at Columbia, except for just one little thing:  for some reason, Warner Bros. (where she’d worked at the time) didn’t want Blondell to wear her hair in her signature curly ringlets hair.  Luckily, director Alexander Hall gallantly made sure he had brunettes and redheads among the actors so that Blondell would attract all eyes.

Also, don’t  blink or you’ll miss:
• A young Rita Hayworth in a brief role as a secretary!
• Whitey of the Dead End Kids, a.k.a. The Bowery Boys!