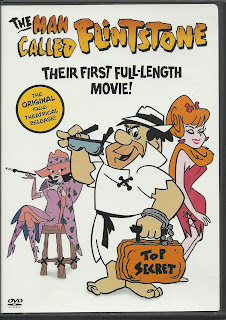 We of Team Bartilucci have our own favorite holiday movies, and Thanksgiving is no exception. However, our favorites aren’t necessarily films that represent the holidays, but rather the events in our collective family life that pleasantly remind us of the happy holiday-related circumstances in which we first saw them. 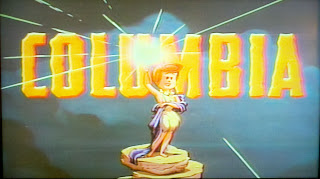 My favorite Thanksgiving movie isn’t Plymouth Adventure or Trains, Planes, and Automobiles. It’s The Man Called Flintstone (TMCF)! That’s right, the first (and best, IMO) feature-length film starring that animated Modern Stone-Age Family happens to be my favorite Thanksgiving movie! You see, since I was a tiny tot of 3 back in 1966 when TMCF was in theaters, I didn’t discover it until the early 1970s, when our local ABC-TV affiliate began showing it yearly on Thanksgiving morning. It became my favorite thing about Turkey Day next to the Macy's Thanksgiving Day Parade and CBS’s multi-parade extravaganza (we usually channel-surfed back and forth among TMCF and the various parades). When TMCF became available on LaserDisc in the 1980s, I found I still loved it—even more so in recent years, when we discovered the Canadian TMCF DVD with about ten minutes of footage not available in previous editions! The only disappointment was that TMCF’s special Columbia Pictures logo showing Wilma Flintstone carrying the torch wasn’t included on the DVD, probably due to rights issues.


Lovable loudmouth Fred Flintstone (voiced by Alan Reed) is recruited by spymaster Chief Boulder (Harvey Korman) to fill in for injured Fred lookalike Rock Slag, the James Bond of the Stone Age. Chief Boulder’s good-guy spies are pitted against the nefarious SMIRK organization; it’s so secret, SMIRK doesn’t even let us viewers know what the acronym stands for! Fred’s mission is to capture the megalomaniacal "Green Goose" (Paul Frees) and foil his evil plan for his prehistoric WMD, the Interrockinental Missile. Wacky hijinks ensue as Fred is chased all over Eurock by sinister yet bumbling henchmen Ali and Bobo, along with slinky glamour gals, including The Green Goose’s lieutenant Tanya (June Foray), who rocks that big picture hat/mask! By the way, these beauties are the only people in the movie who wear shoes; there’s a cute joke about that a little over 40 minutes into the movie.

Meanwhile, Fred’s scrambling to keep his wife Wilma (Jean Vander Pyl), and their pals the Rubbles, Betty (Gerry Johnson) and Barney (Mel Blanc), in the dark about his new "Spy-Type Guy" temp job. The secret-agent spoofery ranges from grinworthy to hilarious; indeed, the movie begins with a funny yet suspenseful action sequence that would do James Bond proud. The songs by John McCarthy and Doug Goodwin are catchy (including “Pensate Amore,” sung by one of our family favorites, Louis Prima!). 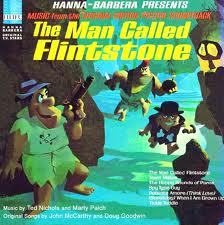 The animation is much more assured in this big-screen Flintstones adventure; indeed, the smart, snappy, Pop Art-y animation techniques used in musical numbers like “Someday” are still being used today by animators like Genndy Tartakovsky.  Nice little details, too, like the Flintstones and Rubbles flying to Eurock on Qantas (modern Stone Age product placement!), and Wilma getting a snappy new lavender dress instead of her usual white frock. I always get a kick out of the Qantas airline’s “jet propulsion” basically being a great big slingshot. According to the IMDb, TMCF was produced right after production of the original Flintstones series ended, and was meant as a swan song for the characters. Ha! Little did they know that thanks to reruns and home video, The Flintstones and so many other beloved cartoons will never die!


Vinnie notes - Team Mates is actually the first time we get to hear future-Fred Henry Corden do Fred's voice; he handled the singing parts in the film.  After Alan Reed passed in '77, he took the part on full time.

has given much to American culture, but nothing more important than the Godzilla movie.  More correctly, the kaiju eiga, or (giant) monster movie.

Godzilla movies were an important part of my childhood, not to mention the programming schedules of New York TV stations.  Channel 11, WPIX had the best collection, and had Monster Week on their afternoon movie at least once a year, if not more.  WABC-7, the network affiliate, had the legendary 4:30 Movie, and the monster films were pretty easy to hack down to fit the 90-minute timeslot.  WPIX had most of the major Toho films, but ABC had the Gamera films, and on occasion showed stuff like Gappa the Triphibian Monster, and once in a blue moon, The Green Slime (now available on DVD from the Warner Archive, BTW).

WOR Channel 9 had a smaller selection to choose from, and as such held back for their big splash on the Thanksgiving holiday.  But they had an ace in the hole – they had all the King Kong movies, possibly due to the fact that back in the day I believe it was owned by RKO.  So they had a bang-up two-day slate – all the Kong films on Thursday, and Godzilla on Friday.

“All the King Kong Films” pretty much meant King Kong, Son of Kong and Mighty Joe Young.  Once in a while they’d play semantics and run Toho’s King Kong Escapes on Thursday, a move that caused much debate among monster fans.  Truly, did the fact that Toho’s Kong was so different from the original make it more of a Godzilla film?  It’s a question that may never be answered to everyone’s acceptance.

Thanksgiving meant going over to Nanny’s house and sitting through a seemingly endless parade of very Italian food that I wasn’t going to put in my mouth for love or money. I was a very picky eater, and the only masculine child of my generation, and as such was pretty much spoiled rotten.  So they made me some plain roasted chicken legs, which I ate while everyone was still passing the antipasto platters, and I spent most of the day in her bedroom watching the Kong films on her cheesy black-and-white set.  The color set in the living room a) had no dial cause it broke off and you had to change the channel with pliers, and b) had a seriously burnt-out screen as a result of being left on too long during technical difficulties of a broadcast of To Kill a Mockingbird, so no matter what you were watching, the ghost of Gregory Peck looked down on the proceedings disapprovingly.  So it was the bedroom. The Kong films were in black and white anyway, so no great loss.

Kong was okay, but for me Thanksgiving was a day to be endured rather than enjoyed, as it was in the way of Godzilla.  King Kong and his stop-motion brethren were tragic figures, pulled from their homes and frightened near out of their wits, then shot at when they struck back.  I was far too young to appreciate such a subtle storyline.  Godzilla, on the other hand, was a big green force of nature.

Friday was the big day.  I might go over to my friends’ houses to play, but we were never further than twenty feet or so of a TV set to Channel 9.  WOR had the later Godzilla films, the ones where they tried to solve the problems of the narrative by throwing more monsters at it. Like the later Batman and Spider-Man films, they were notoriously third-wheel-heavy. Godzilla vs. Mechagodzilla featured the imponderable King Caesar on Big G’s side, its sequel, Terror of Mechagodzilla had the Titanosaurus on the side of evil, and Godzilla vs. Megalon had Jet Jaguar on the side of good and the return of Gigan.  Godzilla vs the Sea Monster had a terrible and fairly misleading title.  First time I saw it, having only given is passing attention due to the weak title, I was surprised and enraged to learn Mothra was in it, as I would have given it far greater attention.

I’ve gone on elsewhere about how different television was back in the day.  Old cartoons and movies filled a huge chunk of the schedule, and it was a great way to get a history of film.  But with video and all the competing cable channels, seeing those films on broadcast TV is all but impossible.  WABC dropped The 4:30 Movie decades ago once it was obvious that people would watch more of the news at 5 p.m.  The movie libraries fell out of the control of the local stations as the film companies drew them back into their vaults for eventual video releases.  Yes, we get far better versions of the films, uncut and even with the original Japanese versions and/or soundtracks included.  But there’s something magical about seeing a 75-and change-meter tall monster reduced to 17 inches, tromping through in between commercial breaks.

Especially if Atticus Finch is staring him down. 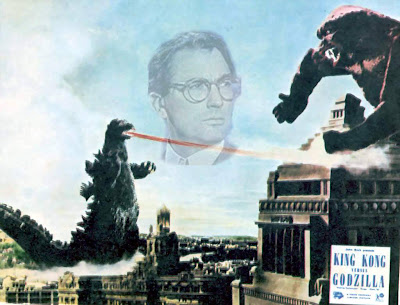 Here's a Readers' Digest version of what the festival was like, commercials and all.