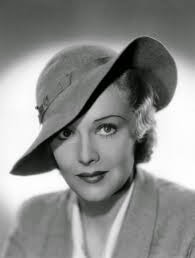 Madeleine Carroll made her stage debut with a touring company in The Lash. Widely recognised as one of the most beautiful women in films (she won a film beauty competition to start herself off in the business), Carroll's aristocratic blonde allure and sophisticated style were first glimpsed by film audiences in The Guns of Loos in 1928. Rapidly rising to stardom in Britain, she graced such popular films of the early 1930s as Young Woodley, Atlantic, The School for Scandal and I Was a Spy. She played the title role in the play Little Catherine. Abruptly, she announced plans to retire from films to devote herself to a private life with her husband, the first of four.

Carroll attracted the attention of Alfred Hitchcock and in 1935 starred as one of the director's earliest prototypical cool, glib, intelligent blondes in The 39 Steps. Based on the espionage novel by John Buchan, the film became a sensation and with it so did Carroll. Cited by the New York Times for a performance that was "charming and skillful", Carroll became very much in demand. The success of the film made Hitchcock a star in Britain and the US, and established the quintessential English 'Hitchcock blonde' Carroll as the template for his succession of ice cold and elegant leading ladies.Of Hitchcock heroines as exemplified by Carroll film critic Roger Ebert wrote:

The female characters in his films reflected the same qualities over and over again: They were blonde. They were icy and remote. They were imprisoned in costumes that subtly combined fashion with fetishism. They mesmerised the men, who often had physical or psychological handicaps. Sooner or later, every Hitchcock woman was humiliated.

--From the Madeleine Carroll Wiki page
This wouldn’t be strictly a CMBA blogathon, but simply a fun, casual affair open to all who love Madeleine 's movies, and wish to participate.

While we won't keep people from doing the same films, we will let you know if a film has been "taken" so you can select another film if you like.  As the event approaches we'll post a list of the usual suspects here so everyone will know who's participating.

For those of you who need a crib sheet on Ms. Carroll's work, here's a link to her IMDB page. 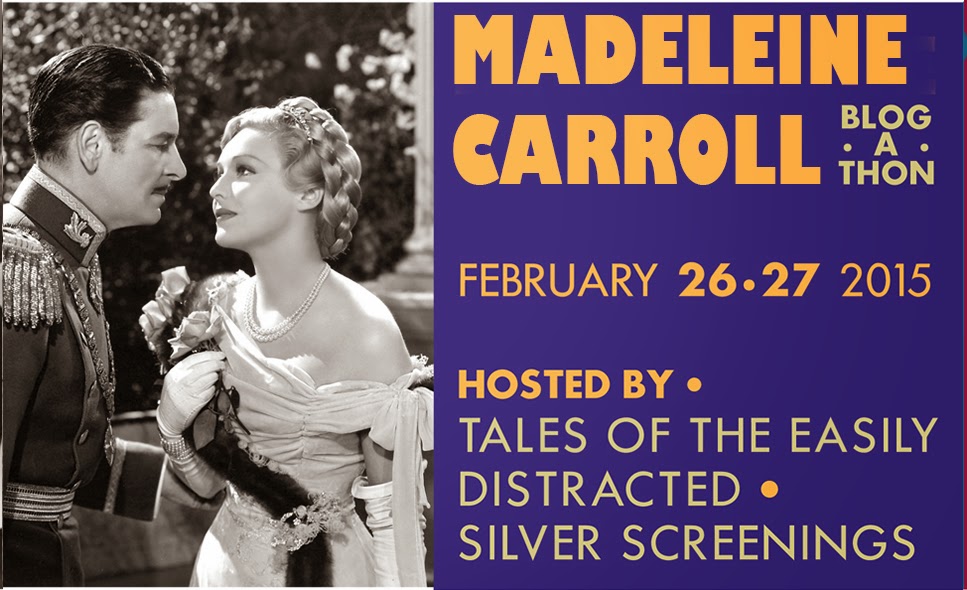 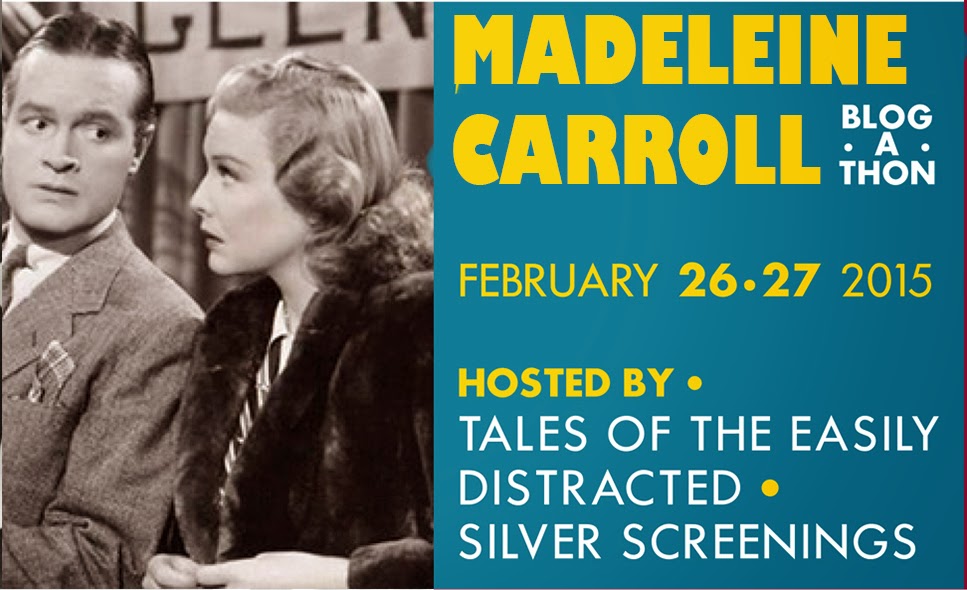 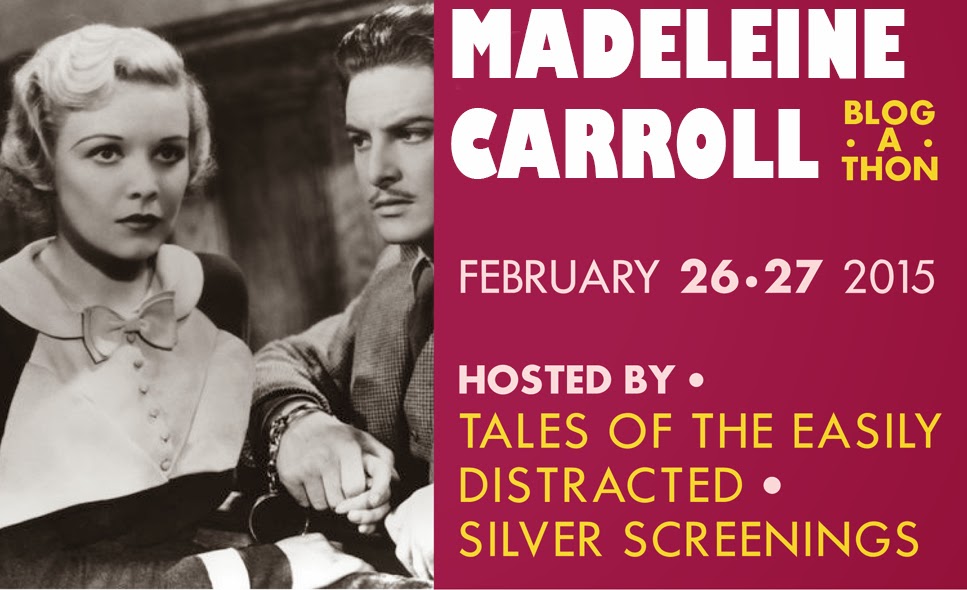