ALL THROUGH THE NIGHT: The Continuing Adventures of Annabelle's Husband 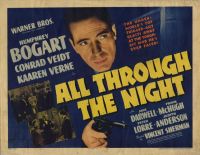 Here’s a high concept for you: “Damon Runyon Kicks Nazi Heinie in NYC.” That’s the clever premise of first-time “A” picture director Vincent Sherman’s 1941 Warner Bros. wartime comedy-thriller All Through the Night (ATtN). Don’t you love it already? And what a cast — it’s Character Actor Central, and all in their prime! The good guys’ corner includes a dazzling array of funny, colorful sidekicks and associates in addition to Humphrey Bogart himself: William Demarest; Jackie Gleason (then billed as Jackie C. Gleason); Phil Silvers as a nearsighted but patriotic waiter; the lovely Kaaren Verne (Kings Row, The Seventh Cross); Barton MacLane (whose many films with Bogart included The Maltese Falcon and The Treasure of the Sierra Madre, though TV fans may remember him best as General Peterson on I Dream of Jeannie); Edward Brophy (who Team Bartilucci knows best as Joe Morelli in The Thin Man, and who the young Disney fans in our lives know best as the voice of Timothy Mouse in Dumbo); Wallace Ford (billed as “Wally” here) and Charles Cane from Dead Reckoning; Frank McHugh, in the role that endeared him to Team Bartilucci and earned him the affectionate nickname “Annabelle’s Husband” (more on that shortly); and of all people, The Grapes of Wrath Oscar-winner Jane Darwell as Bogart’s mom (doesn’t sound like it should work, but it does, trust me!). The bad guys they’re up against are no slouches, either: Conrad Veidt; Dame Judith Anderson, Martin Kosleck, and Peter Lorre (who ended up married to co-star Verne for several years, ironically enough). There’s gonna be a rumble in Manhattan tonight!

This fast, funny, suspenseful adventure gives Bogart one of his most entertaining roles as Alfred “Gloves” Donahue, a dapper New York City “sports promoter.” Translation: gambler and bookie. I should know; that was what my dear old dad did when he wasn’t managing his Italian restaurant in the Bronx when I was a little tyke. My favorite euphemism for Gloves’ line of work comes from a radio bulletin when he’s wrongly accused of murder, describing him as a “man about town and well-known figure in the sporting world.” But I’m getting ahead of myself! The film opens with Gloves’ “boys,” Sunshine (Demarest), Starchy (Gleason), and waiter Louie (Silvers) using toy soldiers and such to map out a campaign against the Nazis. Our guy Gloves joins Sunshine and their cohort Barney (McHugh) at the restaurant. Gloves is a rough-and-tumble but essentially decent guy who’s good to his lovable mother (Darwell). He’s more interested in the sports page than the war news on the front page, until Mom seeks out Gloves for help. Mr. Miller (Ludwig Stossel) is missing. This is a crisis, as Mrs. Miller (Irene Seidner) is Mom Donahue’s BFF, plus Mr. M. is Gloves’ favorite cheesecake maker! We viewers had just seen Pepi (Lorre), a pianist (no, not Adrien Brody) and generally slimy so-and-so, slinking around Miller’s store, eating candy he hasn’t paid for and making veiled threats — not a good sign! Well, Mom Donahue has even sharper “women’s intuition” than Grace Kelly did in Rear Window, and her never-wrong “funny feeling” is once again on the money, alas; Mr. Miller is found murdered in his basement.
Speaking of cheesecake, the lovely German-accented singer Leda Hamilton (Verne) drops by wearing a picture hat and a worried look. Turns out Pepi is Leda’s accompanist. Now Gloves is the one with the funny feeling, first with his attraction to the mysterious yet endearing Leda, then the growing realization that Pepi and Leda are involved with a bunch of mugs even tougher than Gloves and his cronies. When Mom tries to get info out of Leda at The Duchess Club, the nightspot run by Gloves’ rival Marty Callahan (MacLane), Gloves steps in, and before he knows it, shots are fired and he’s framed for the murder of the obnoxious Joe Denning (Brophy). Joe only gives Gloves one clue before dying: he lifts his hand. The chase is on, and soon Gloves and Company realize they’re dealing with “Fivers”— Fifth Columnists, headed by smooth antiques dealer Franz Ebbing (Veidt)! Leda seems to run hot and cold, first knocking Gloves out, then helping him and Sunshine escape. Turns out there’s a terrible hold over her: her father’s in the Dachau concentration camp, and Ebbing and company have been keeping Papa’s death from “natural causes” from her so she’d keep working with them. (I wonder what those Nazi creeps defined as “natural causes”?) Now that Gloves and Leda are joining forces, they’ve got to find out what those Nazi scum are up to over at the Brooklyn Navy Yard. Will Gloves get himself and Leda out of this mess? Will Barney and his brand-new bride Annabelle (Jean Ames) get to enjoy any action on their wedding night that doesn’t involve chases and clobbering? You bet — with a little help from their cronies, of course! Native New Yorkers rule!
George Raft, notorious for turning down roles that wound up turning his replacements into stars, was offered the role of Gloves Donahue first. Thank goodness Humphrey Bogart landed the role instead, because Bogie was a tough guy with a knack for comedy! As wonderful as the whole cast is, McHugh is our favorite among the supporting cast. Indeed, we affectionately call him “Annabelle’s Husband.” He gets lots of the best lines, too, like these:

Barney: “Annabelle’s waiting for me…after all, I’m a married man. I got obligations.”
Gloves: “All right, send her flowers.”
Barney: “Well…that wasn’t my idea.”

Talking to Madame (Anderson) at the auction house after Gloves and Sunshine are knocked out and tied up:


Barney: “Lookit, lady, when we started out tonight, there were three of us. Twenty minutes later, there was only two. Now there’s only one. One of us isn’t enough to leave here alone!”
The screenplay by Leonard Spigelgass and Edwin Gilbert (story by Spigelgass), and Leo Rosten writing as Leonard Q. Ross is fast and funny, blending comedy, action, and suspense effortlessly. I especially got a kick out of the breezy, sometimes punny dialogue (like Gleason’s “The first one of those (Nazi) guys I tag, I’m gonna kick him right in the swastika!” and Bogart’s “Hey, there’s more here than meets the FBI!”). I was also tickled when I spotted Hedda Hopper’s son DeWolfe Hopper in an uncredited role as a reporter in the background of the film’s last scene; of course, we Perry Mason fans know him better as William Hopper, who played Perry’s private investigator Paul Drake, as well as starring in the films 20 Million Miles to Earth, The Deadly Mantis, and The Bad Seed, among others! 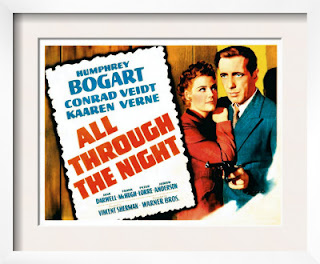 Considering ATtN ends with Gloves’ Mom rushing to him in the middle of a press conference to tell him that now the milkman is MIA, it would have been so cool if Warners had made a sequel, and/or maybe even a new movie series! But alas, at that time, the attack on Pearl Harbor was still too fresh in 1941 audiences’ minds for them to embrace a quasi-realistic World War 2 spy thriller with broadly humorous overtones. Happily, ATtN is available on DVD and TCM (as it was during Conrad Veidt Day recently on TCM’s Summer Under the Stars) so we modern movie lovers can enjoy this entertaining genre blend guilt-free! 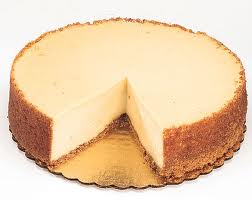